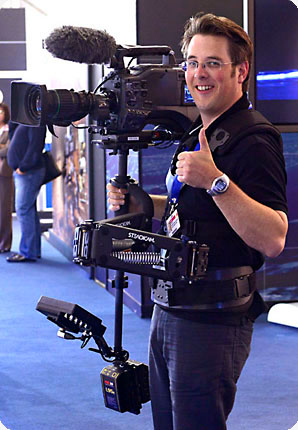 Another great Farnborough International Airshow was covered by the video team from FryFilm and Ouno Creative, filming everyone from the Prime Minister David Cameron to Richard Branson on his life size mock up Spaceship 1!

All footage was shot on our Sony super35 sensor camera kits, which included Sennheiser MKH416 & radio mic kits, Sachtler, Secced & E-Image tipods, Chrosziel matteboxes & all the accessories needed to cover such a large show with the highest production value and video quality possible.
Still shots were taken on all Nikon cameras and lenses, including D3, D700 and D800 cameras with AFS lenses.

A few more photos of the Ouno Creative / FRYFILM team in action at Farnborough:

Take a look at the FIA2012 Trade Promo Film – featuring all our footage from FIA2010! 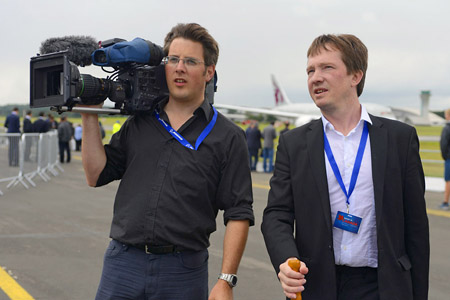 John & Adrian discussing the next shot 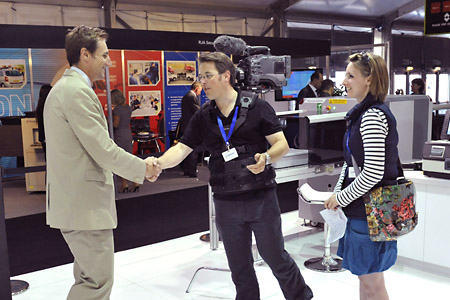 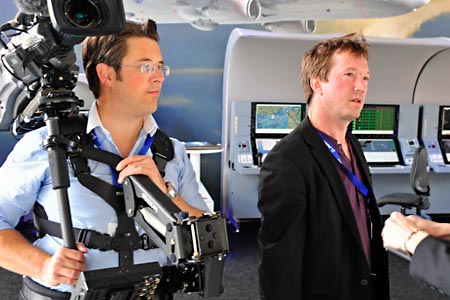 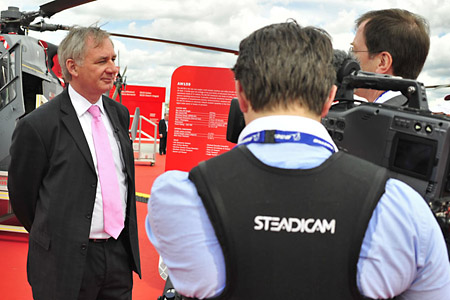 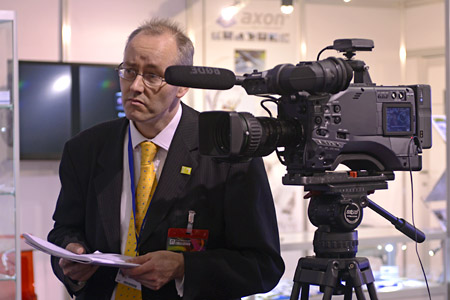 Simon interviewing in the Space Zone 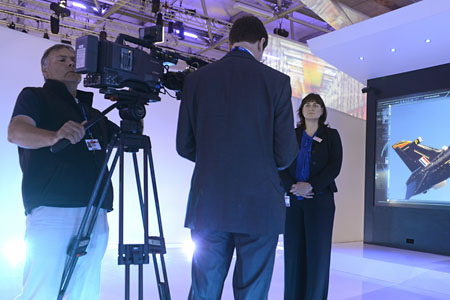 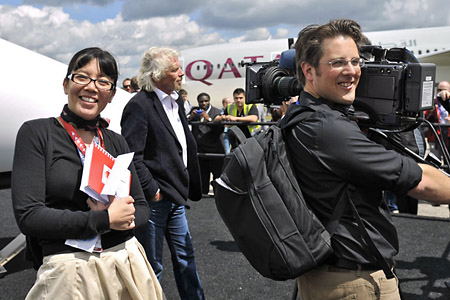 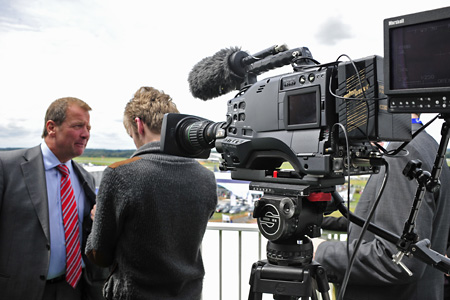 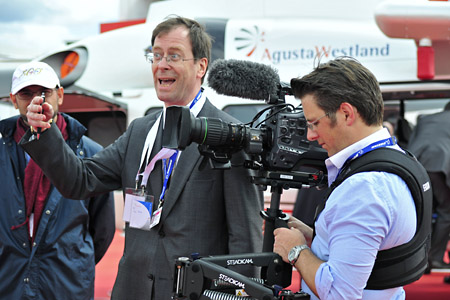 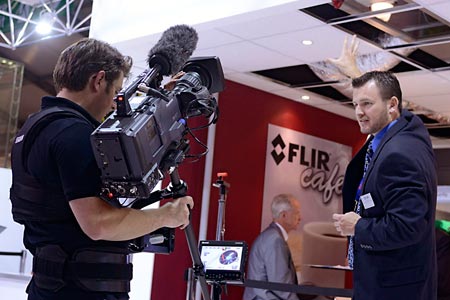 John shooting a product demo on Steadicam on a stand